Oh this is January, and what have you done?

I think I just spliced several different concepts, songs, quotes but we’re all good with that right? Right. Happy New Year everyone! Times they are a changing and it’s 2016 in the big town baby.

Wow, my brain is just one giant pop culture machine.

So, as you may have noticed I haven’t blogged in a while. There I said it. The old me would be obsessing over this fact, but obsessing is so yesterday people (thanks Hilary Duff). Also, as part of my job I have to blog for 4-7 other entities, post to a myriad of social media accounts as a ghost writer (spooky), and type until my little fingers chap (yum), but I know, I know…I should dutifully blog for the few folks who love books, television, traveling, more books, and general craziness.

Guess what, though? This blog is for you, yes, but it’s also for me. It’s a way for me to be bonkers and discuss the things that make me happy—the same things that I think might make you happy—and so I’m not going to apologize because enough women out there have apologized for lame reasons (I’m sorry for you bumping into me. I’m sorry for serving food that’s too hot. I’m sorry for being smarter than you.) so I’ll just refrain this time.

Whew, now that that’s over with, let’s get down to biz-naz.

Everyone loves talking about goals and resolutions and new beginnings in January. Not sure if you’ve noticed that…

Normally I love digging into a good cliche and tearing it to pieces through thinly veiled sarcasm and biting apathy but this time, you guessed it, I’ll refrain. I mean what’s wrong with trying to be better? What’s wrong with trying to push yourself to learn a new language, try a new workout, stop guzzling Diet Coke (too good, though, y’all.  Just…too good), or make an online dating profile (a personal nightmare of mine).  The new year is exciting and fresh so it’s kind of a no-brainer people would grab on to it with all of their might, even if that zest only lasts a month or so.

There was my (second?) soapbox and now on to what you really want—recommendations. Let’s start the new year off on the right foot with some quality. We get enough trash already with the internet and television (even though, when one consumes trash willingly say, by binge watching Real Housewives…that’s, like, a whole other thing) so why not try out a few things with some substance? 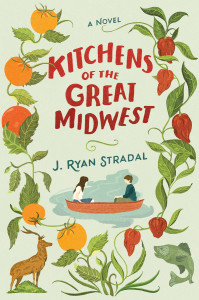 After finishing this book I had that thick teary glob that gets stuck in the throat and kind of hurts but also kind of reminds you you’re alive. Anyone tracking with me?

When I get the glob, I know it’s a good book.

Kitchens of the Great Midwest is the real deal people. J. Ryan Stradal brings to life the food, the flair, and the people of America’s Midwest through weaving the lives of each character around the story’s protagonist—Eva Thorvald, a cooking savant.

Each character that is introduced is real and engrossing and their stories, although varied and unique, seem to somehow orbit cohesively around Eva and her cooking abilities. You don’t have to be a foodie to enjoy the book, though. The way Stradal shifts from lighthearted tales of young love to deeper situations like the death of a mother or divorce will keep you guessing and prevent you from feeling complacent.  Even though, if you’re a foodie, you’ll definitely enjoy the descriptions of every type of food from new age organic concoctions to homemade butter-laden “dessert bars” passed down from generation to generation. There are even recipes in the book!  Kitchens has a whole lot of heart and exhibits deep, beautiful knowledge of the unique Midwestern culture. It’s the perfect way to begin your reading journey for the new year. 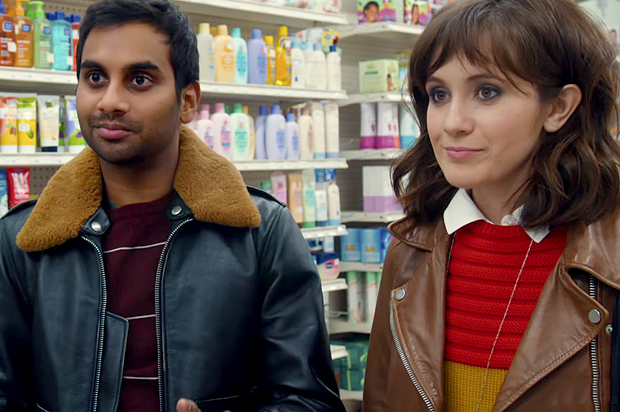 I’m a self-proclaimed Netflix fangirl. Also, I adore Parks and Rec. So when Aziz Ansari came out with his show on Netflix called Master of None, I was sold. The show chronicles Dev (played by Ansari) and his dating experiences in New York.  It’s a whole lot more than “The Bachelor: New York Edition,” though.

Secondly, it’s got range.  From what happens when everyone around you starts having kids, to dealing with racism and sexism, to trying to navigate how to live with someone, Master of None strikes the perfect balance of biting commentary and farce—the writers acknowledge that millennials are self-centered and insecure while creating endearing, hilarious characters you can’t help but love. Master‘s wit is biting and the stories are memorable which is basically what everyone is looking for in a television show.

So there you have it, a couple worthwhile things that can fill up your time without making you feel like a total sloth.